This page features inspiring stories about people from all walks of life who found their Vocation through 'What Colour is Your Parachute'. If you would like to contribute, please contact: E: exploringvocation@gmail.com

I graduated in Chinese with French from an academic university full of ambitious students who were rounded up on a regular basis by accountancy firms, investment banks and law schools to pursue careers in London. Without any proper guidance or real thought to what makes me tick I followed blindly and ended up on a graduate sales training program for a large corporate in the City. I was working at a desk from 8am-6pm, being trained by people who had only been doing the job themselves for 6 months and quickly realised that it wasn't in the right industry for them. I worked for a couple of different firms all the while feeling utterly disillusioned and wondering if there was anything enjoyable I could do that would make money. For a couple of years I thought I was destined to be stuck in a cubicle doing work that didn't inspire me and had me dread going to the office every day.

I got married in August 2008 and we moved to Dubai with my husband's job. With the financial crisis having hit Dubai, I worked as a receptionist for 12 months.

I can't remember how I first came across 'What Colour is Your Parachute', and I had nothing to lose by trying the approach. It took me about ten hours to complete the exercises to identify my favourite skills, favourite fields, my career values etc. I put in a lot of work and thought, and the end result was an A3 piece of paper with a brainstorm diagram, referred to as the 'Flower' in the Parachute book. The author suggests looking at the diagram and showing it to other people to brainstorm with them which career options seem to arise from it. When I showed the diagram to my husband he immediately said "WEDDING PHOTOGRAPHER". Wedding Photographer?! I barely knew how to use my new camera! While I felt I would absolutely LOVE to do this work, I worried that it might be one of the most competitive and badly paid jobs out there.

I nevertheless completed a couple of photography courses and spoke to some really encouraging people who work in the industry. I've never looked back! I spent some time shooting weddings, but eventually decided to specialise in food photography.'What Colour is Your Parachute' brought to my attention how much I love to lead small teams, something I do regularly when on set with my assistant, prop stylist, food stylist, art directors and clients. The 'Parachute' also highlighted my need to work independently in a creative profession. The approach also highlighted one of my values, i.e. to help others (I regularly shoot for NGOs), and to work with different cultures.

I am now a full-time food photographer based in Dubai, and I absolutely love my job! There is nothing else I'd rather be doing. I love driving to work now, knowing that I'm going to collaborate with great people to create something brilliant. I am so grateful that I was able to figure out what to do. 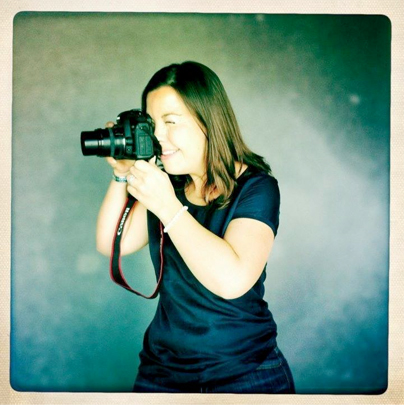 Amelia Johnson | Photographer
www.ameliajohnson.com
"...When love and skill work together, expect a masterpiece"

Tom (34) works as a chief marketing officer for a city company. He was initially excited by the opportunity, but reported high levels of stress last year due to holding different values to his employer, and internal struggles to define a meaningful consumer product. Tom wanted to spend time building relationships with his team, for example, but he felt pushed to focus on profit and 'exploiting opportunities.'

In 2014, he embarked on individual Parachute consultations to explore his career values, and alternative career fields. His 'aha' moment came when he talked about a trip to Istanbul. Tom was particularly fascinated by the rich history of the city, and he realised how passionate he would feel about making history exciting for all ages.

After completing three Parachute sessions, he was offered a move to a different department in the same company, which improved his current situation, while getting excited about planning his 'escape route'. At the same time, he was astonished to discover how many interesting history-related posts get advertised out there, e.g. 'castle manager.' Here is what he has to say:

“The Parachute consultations have been such fun. I now realise that I create my reality. I am more calm at work these days while also feeling confident about pursuing my passion, and igniting passion in others. Everyone I've spoken to about the History App idea I’m developing gets excited about it. Thank you for helping me see that History and Technology are keys to my vocational path.”

Karen was working as a digital business manager for a London company when she contacted RealVocation. She said that she still enjoyed parts of her longstanding role such as project-managing the creation of digital, interactive tablet page versions for prestigious magazines, and help inspire the technical, editorial and creative teams she worked with. However, Karen had been noticing her declining job motivation, and a growing passion for Nutritional Therapy had long since seen her embark on a practitioner training. At the same time, news of potential redundancies at the company had her constantly worry about her future.

She initially used her Parachute sessions to consider which skills and traits she would like to use more of at work to revive her confidence and ambition. Her plan was to stay with her employer for another two years before leaving to work as a Nutritional Therapist, but life had other plans in store…

During subsequent sessions Karen realised how exhausted she felt in her current role. She complained of tiredness, back pain and other stress-related symptoms. She soon decided that planning towards having her own business, while keeping her job, was better use of the little time and energy she presently had. Karen started to take on some practice clients while completing her practitioner training which gave her much pleasure, meaning, and new purpose. She found that the ongoing Parachute input helped her stay true to herself and manage her fears, while she researched exciting job and business opportunities. When she completed some exercises to reflect on career and life values, Karen’s wish for a child came the forefront. Three months later, she decided to take voluntary redundancy despite having been offered an alternative role at the company. Karen’s new direction lowered her stress levels and allowed for creative endeavor such as setting up a blog on Nutrition. What’s more…two months later she fell pregnant!

Karen subsequently took a temporary job as an event manager for a London company promoting creative events. She really enjoyed using her transferable skills in a different field and a more creative work culture. When the post finished, she was left with just enough time to revise for her final Nutrition exam. Her healthy baby son arrived soon after. Karen is now gradually building her own business while enjoying looking after her child. She has also moved to a more peaceful rural region. Looking back, she recently commented:

“My sessions with Marietta enabled me to reflect on my situation, re-discover my strengths, regain inner confidence and find the courage to take the necessary steps towards what I really wanted from life.”